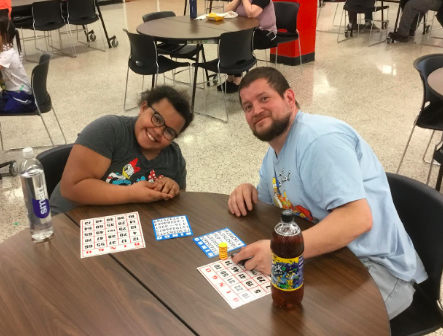 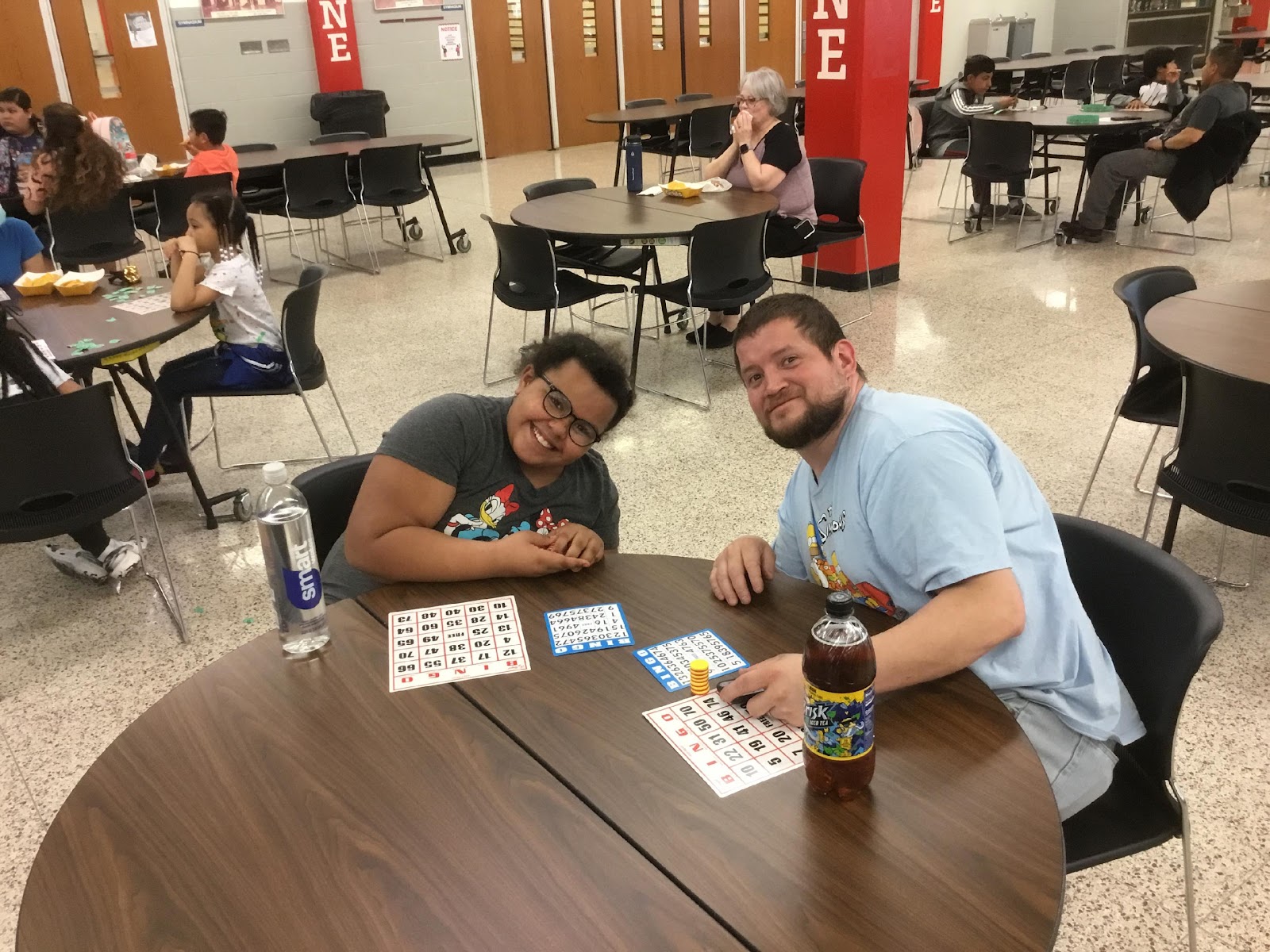 The language of BINGO was spoken recently at an afterschool event held at Calumet New Tech High School! The gathering was for English Learners (EL), formally known as English Language Learners (ELL), and was meant to support our district's Spanish-speaking residents.

According to statistics from the Indiana Department of Education, some “132,000 Indiana students speak (a language) other than English at home and there are over 290 different languages in Indiana schools. Of these, 73,000 students have been identified as English learners due to limited proficiency in speaking, listening, reading and writing academic English.” 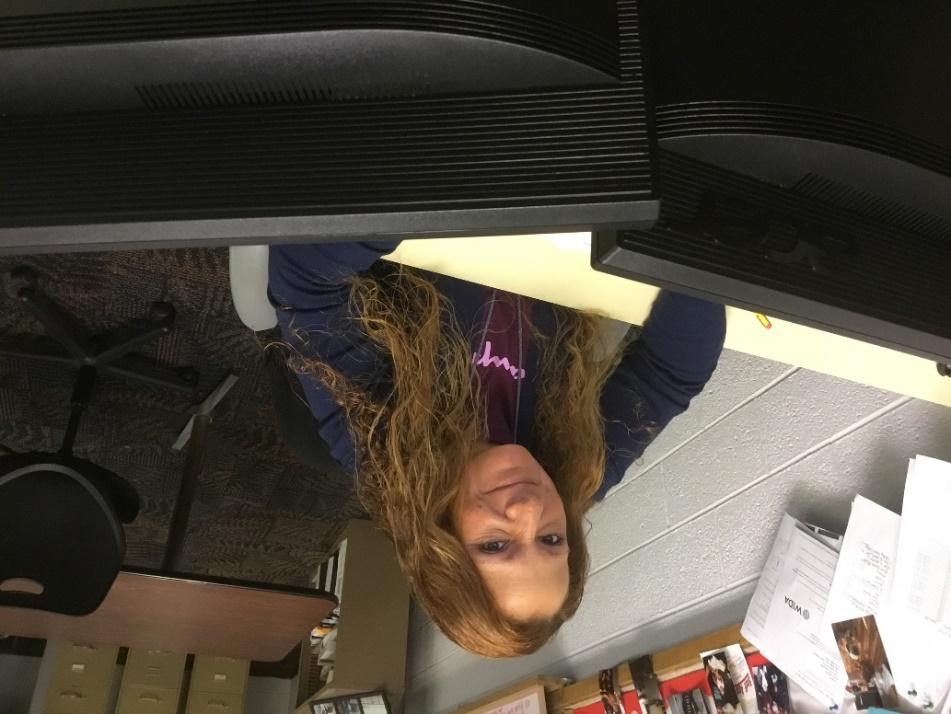 Linda Hobock is the EL District Family Coordinator for Lake Ridge New Tech Schools. It is her responsibility to act as a conduit between the federal government, state government, and the school district to reach out to the families of EL students and make sure they know about the services and benefits available to them and their students.

“I work for the district and all of the schools,” Hobock says. “I take care of all of the legal pape work for the IDOE and the English Language Learners. As a part of that, I do community engagement to make sure we are reaching out to them.”

While the language barrier of EL speakers differs from region to region across the United States, at Lake Ridge, Spanish is the most common. Hobock, whose maiden name is Rubalcava, is of Mexican ancestry and says she knows firsthand the challenges people who are not fluent in English face when they try to assimilate into a community.

“My dad actually came to this country from Nuevo Laredo, Tamaulipas, in Mexico when he was seven years old. He did not know the language and there was no such thing as EL back then. They held him back for years,” she says.

Hobock says her father eventually got a job in one of the area steel mills. He also served in Vietnam and went to college.

“My dad did not graduate until he was 21 years old. They held him back for years because they thought he was not intelligent because he couldn’t communicate,” Hobock says. “Actually, he is a very intelligent man. He’s now 80 years old and still is schooling himself. That experience left a mark on him.”

For Hobock, who is a 1991 Calumet High School graduate, the goal is for none of her students to have to suffer the debilitating trauma of being labeled the way her father was.

According to Hobock, the idea of a BINGO Night came to her after meeting with parents in the Spanish-speaking community.

“I’ve been working for the Lake Ridge Schools for a long time,” she says. “I was an EL assistant through English Language Learners at Longfellow, so I have worked with a lot of these students from kindergarten up. Through that, I formed a bond with the families and I asked them, what do (you) want do? And, they said, ‘let’s have BINGO.”

The BINGO event was competitive and fun for the 40 or so families who participated. Local businesses and stores donated gas cards, gift cards, and board games that focused on speaking and spelling in English.

“Gas costs a lot now, so they were glad to win the gas cards,” she said with a smile. 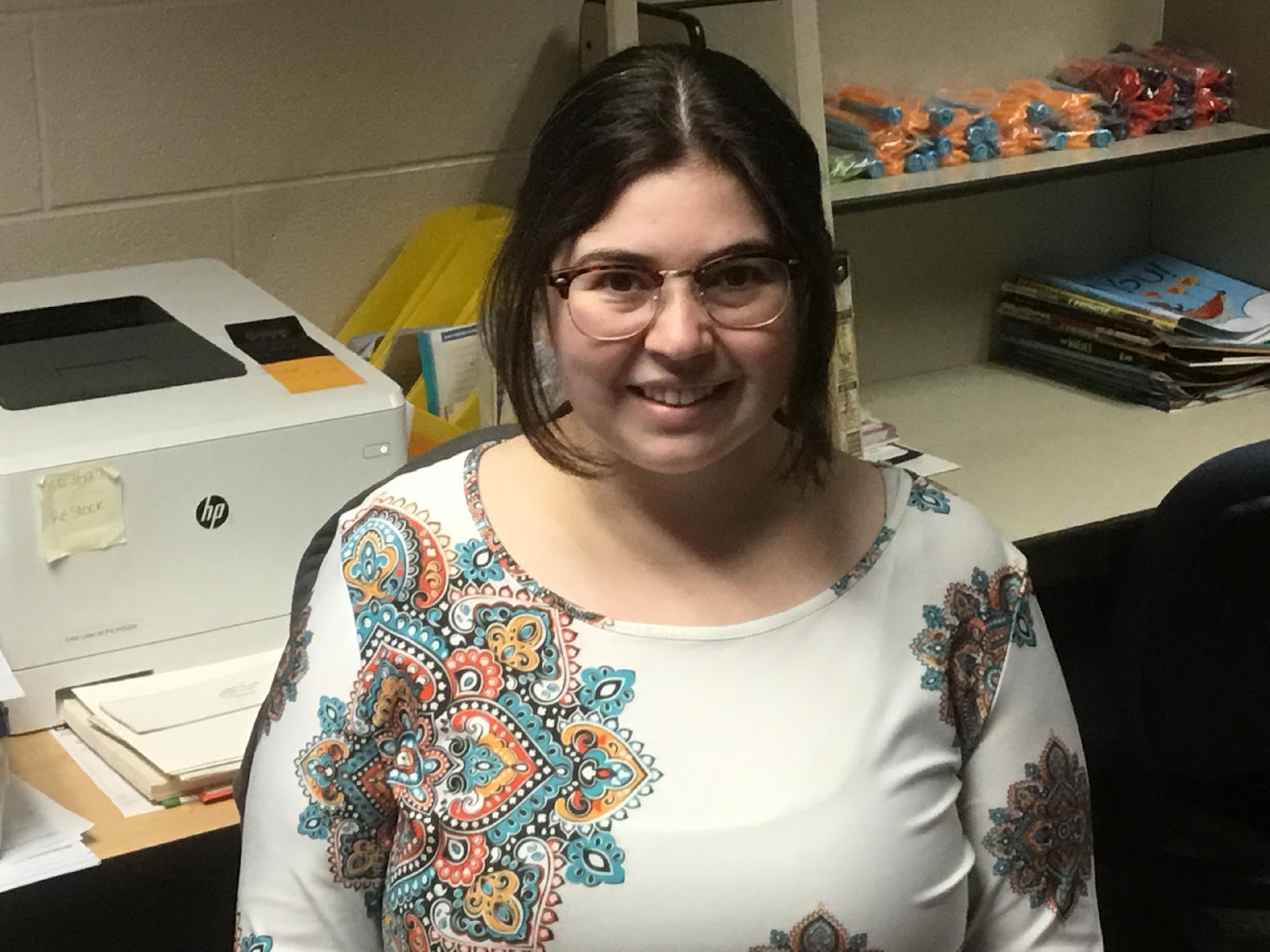 The event was also an opportunity to introduce Victoria Pliego to the Lake Ridge EL community. Pliego is the English Language Teacher of Record at Longfellow Elementary School.

The Indiana Department of Education created the post to provide services to EL speakers.

“The position is similar to how you have a Special Ed teacher of Record to provide services and assure that accommodations are being met. It’s basically the same thing—it’s just being transferred over to English Language Learners,” Pliego says. “Being the teacher of record, I have access to WIDA, which stands for World class Instructional Design Assessment. We use it to get data and assess our English Language Learners. All students, when they come into the district, have a home language survey. We check their speaking, reading, and listening and, depending on the results, they get screened for what they need the most. Most of the time, it’s speaking. The goal of the program is to work with students to the point that they no longer need our services.”

Pliego traces her roots to Madrid, Spain, and is a graduate of Purdue University. There, she majored in Elementary Education and Special Education. She grew up in nearby Lansing, Illinois, and views the region as a global melting pot for people who speak different languages.

“We are definitely an extension of Chicago and Cook County. I love that. In our area of the state, it is more diverse and there is more need. It’s just our area, our culture,” she says.